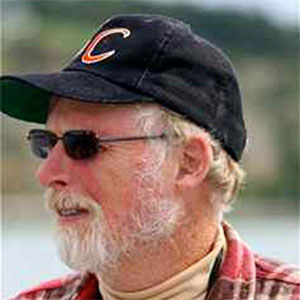 Ken Urstad has been named the 2015 Jan Holmes Coastal Volunteer of the Year. Urstad has been involved in numerous projects, including over 3,000 volunteer hours with Beach Watchers. He has also been a member of the Island County MRC for nine years, and has just completed his 3rd three-year term on this advisory committee. He has represented recreational issues as well as served as a liaison for beach seining, eelgrass, and creosote removal projects.

Nominated by a fellow volunteer, Urstad was described as a hardworking volunteer who ensures he provides high quality, thorough work. “Ken Urstad has been and continues to be a tireless volunteer willing to give of his time, work effort, and spirit to contribute to the improvement of the environment in Island County and the Salish Sea.”

He was one of the first volunteers to participate and be trained by National Oceanic and Atmospheric Administration (NOAA) Fisheries Biologists in the collection of important scientific data through beach seining. He has been involved in many seining projects in Harrington and Race Lagoons, Ala Spit, West Whidbey, Cypress Island Aquatic Reserve, as well as a 6-year ongoing project at Cornet Bay in Deception Pass State Park.

Urstad has not only volunteered his time, but has also provided his boat for use in eelgrass surveys, and has even made modifications to the boat to accommodate surveying equipment. He has also volunteered to maintain the seining equipment. Urstad was one of the founding members of the Jan Holmes’ Eel Grass team, and has worked with WA DNR through Beach Watchers to help locate creosote treated log debris on the shores of west Whidbey. In addition to his on-the-ground scientific work, Urstad also served on the Sound Waters Committee for 6 years, where he skillfully handled the logistics of recruiting organizations to exhibit at Sound Waters.

Urstad is an exemplary volunteer who has consistently served with passion and commitment. He has always shown a willingness to help out wherever there is a need. The variety of contributions he has made to supporting the health of Island County’s marine environment – from logistics to scientific study to sharing expertise and resources – truly embodies the spirit of this award.