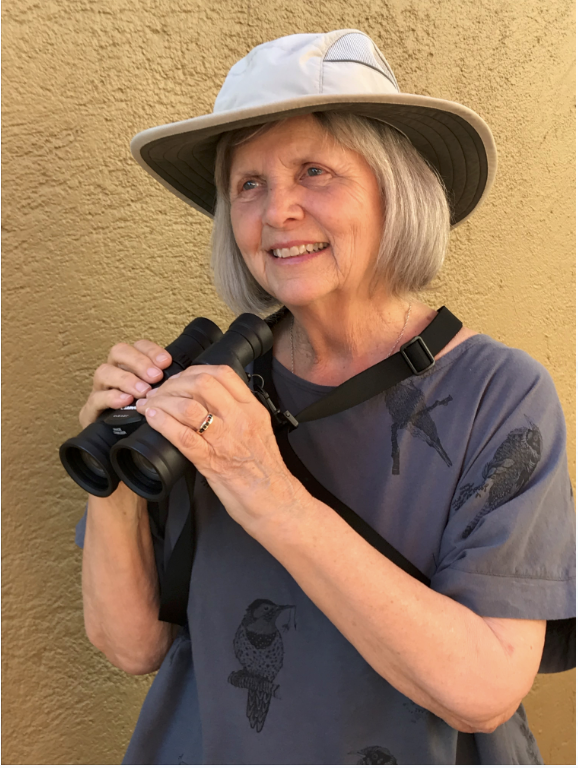 Who is Frances Wood?

Frances Wood is a founder of the Pigeon Guillemot Breeding Survey which has grown significantly since she founded it on Whidbey Island. Frances Wood in collaboration with Phyllis Kind (recipient of the 2013 award) developed the original protocol which was designed to recruit local volunteers to monitor Pigeon Guillemot colonies along bluffs in Island County. The survey was begun in 2004. In 2020, under Frances’ steady leadership, this initial survey has grown to become the Salish Sea Guillemot Network (SSGN) and is steadily expanding to include multiple locations within the Salish Sea.

Hundreds of local residents in Island County and across the region have volunteered thousands of hours and, through their experiences, have become informed champions for marine conservation. In addition, this base of citizen scientists have collected data with integrity that has been used to further scientific understanding of the Salish Sea. The quality of the Whidbey PIGU Breeding Survey data has been recognized as scientifically valuable and is used by University of Washington (WU), Puget Sound Partnership (PSP) and Washington Department of Fish and Wildlife (DFW) academics and scientists for analysis of marine bird population trends.

Why are Pigeon Guillemots Important?

Pigeon Guillemots are considered one of four marine birds that are indicator species by the Puget Sound Partnership Vital Signs and their population health is tied to the health of the marine and shoreline ecosystems they use during the course of the breeding season. As one of the few seabirds that both breed and winter in the region, they offer an important tie to our marine environments.

Frances has shown unique vision, leadership and dedication to bring to life a network that advances knowledge regarding the marine and terrestrial ecosystems of the Salish Sea.

Thank you and congratulations to Frances for all her hard work to make the Salish Sea a better place!

What is the Jan Holmes Island County Coastal Volunteer Award?

This award, presented by the Island County Marine Resources Committee, Sound Water Stewards, and WSU Extension – Island County, is given every year to an outstanding volunteer whose efforts contribute to the protection and restoration of the Island County marine ecosystem and coastal resources. The award is named to honor the memory of Jan Holmes, an exemplary marine scientist, educator, and champion for stewardship of the marine environment. Awarded on February 5 at Sound Waters University, Frances Wood was named 2022 Coastal Volunteer of the Year.